So, remember when the Wicked Witch of the West said she was melting? 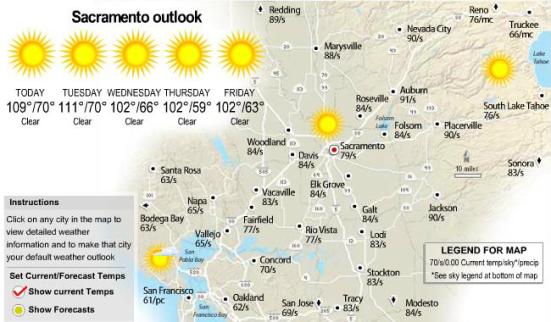 I’m starting to see what she meant.

Except it’s misleading to say that you feel like you’re melting when it’s hot. Because I actually feel more like Alec Baldwin and Geena Davis in Beetlejuice, where they dry out and turn into skeletons and pretty much crumble to the ground.

So, it has been 100+ degrees for five days in a row now, and the end isn’t quite yet in sight. I don’t dare turn on my oven when it’s like this, since it’s been 90 degrees in my apartment and my oven is on steroids. I haven’t been grocery shopping in a while, so the only cold food I have to choose from at my place is fruit, veggies, hummus, chips and salsa…..I’m not complainin’, but you can see my options have been limited!

A few weeks ago, I tried a recipe for Curry Hummus. I really liked it, as did all our friends who were at the party I brought it to.

Inspired by my craving for cold veggies dipped in cold hummus, I decided yesterday to make something that might actually constitute a meal (haha), and I based it off that curry hummus. Enter: Curry Chickpea Fritters.

These puppies have a ton of flavor, but they’re a bit on the dense/dry side…with a dollop of Greek yogurt or sour cream, they’re perfect!

2 cups garbanzo beans/chickpeas (if not already done, take the skins off the beans! It takes a few minutes, but is worth it to not have mouthfuls of bean skin in your fritters. Ew)
1.5 TBS tahini paste (almond butter would also work)
1 TBS honey
2 TBS finely diced red bell peppers
1 tsp curry powder
1 tsp cumin
canola oil, for pan frying
plain greek yogurt or sour cream, for serving
{edit} I forgot to add originally that I also included about 1/4 cup finely grated zucchini.

Drain and rinse the beans, then peel their skins. Mash about 1/3 of the beans in a bowl with a fork, then add second 1/3 and continue mashing and mixing, followed by the last 1/3. I did it this way so that I would have some varied texture in my fritters.

Add the rest of ingredients and mix to combine. It all should stick together pretty easily. Roll into balls, flatten, and place in skillet with hot oil over medium-low heat. I recommend not using a high-heat oil like olive oil or coconut oil, as it will burn easily.

Cook 3 or so minutes on each side, then serve hot with a cool dipping sauce. I had some leftovers later and they’re also pretty delicious cold!