What a weird week. It was a 3-day weekend for most of us, which was nice! My 3 day weekend was kind of interrupted, but also kind of extended when I had to fly down to Santa Barbara Monday afternoon for work the next day. I got home Tuesday night (after 5 ours of travel each way), and all of a sudden my normal workweek was down to 3 days! It has still felt like a long week, with my new schedule and all, so I am actually seriously saying TGIF today!

Here are some things I enjoyed doing, eating, and watching this week!

The closer to the border, the better the food. Shortly after landing in Santa Barbara, I went to La Super-Rica with my old housemate & friends. SO GOOD. You choose from a menu of about 20 items all priced under $5, each item comes with a taco “filling” and 2-3 HOMEMADE tortillas. I got 2 — guacamole as well as pinto beans with chorizo & bacon. And I ate it up in all 4 tortillas. For 6 bucks.

P.S. We found out when I checked in on foursquare that the famed restaurant has been on Man vs. Food…but what we didn’t know was apparently French foodie Julia Child loved it too!

La Tortuga. Nuff said. Workin’ my way through the end of season 2!

After I made oatmeal for myself, I then proceeded to make fancy breakfasts the next 3 days. I’m usually not much of a breakfast person — I made whole wheat french toast two days in a row, followed by a  perfectly fried egg on toast for T-Man! (I took the not as perfect one for myself :))

I get the feeling politics are a little taboo to talk about in Food Blog Land, but I do work in state politics so it’s hard for me to stay away! My roomie (who also works in politics) and I were glued to our computer screens watching Michelle Obama, Elizabeth Warren, and Bill Clinton speak. I was impressed by and, as someone who also has college loan debts, related to the FLOTUS, but I was really blown away by Bill Clinton’s clear stating of the facts. All self-indulgent off-script rants and raves aside 🙂 I also watched the RNC and was impressed to a certain degree, but I’m overall feeling very good about the Dems. 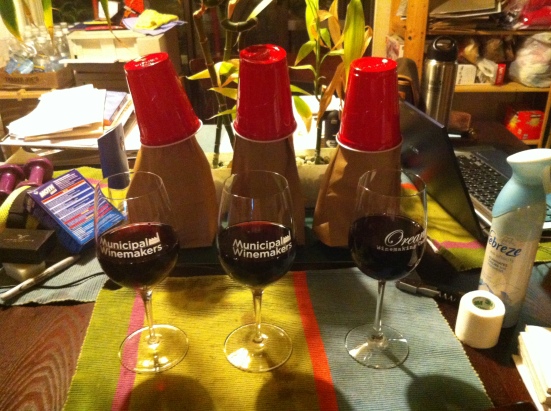 The night I was in SB, we also did a blind wine taste test with bottles of wine ranging from $10-$2 in price! Apparently, blind tastings are actually really hard to do with cheap wines that don’t always taste like they’re supposed to 😛 Greg got all 3 right though! I’m getting another chance this weekend when I go to a friends place in the Central Valley to stomp grapes and do more “white trash” taste tests! 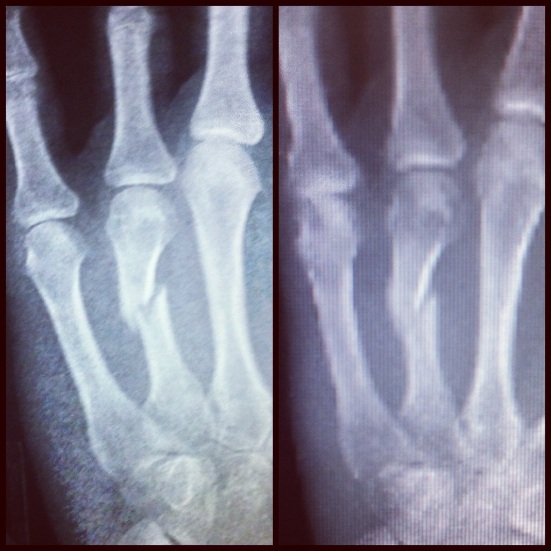 10 weeks after breaking my hand, this is what my bone looks like then vs. now. As you can tell, it isn’t exactly 100% healed. But it’s healed enough that my doctor says I can start wearing my splint less and start rehabbing my wrist and fingers! The bad news is, he thinks my long healing time is indicative of low bone density and wants me to get tested to see if I have osteopenia or osteoporosis. Seriously? I’m not even 24 yet!

Have a great weekend! I hope to not become this lady when I go grape stomping tomorrow: