Back in January, I made a few fitness goals for myself and finally posted my Cooking Bucket List. I also posted specific nutrition goals so I could measure my progress more accurately.

I am on a serious muffin kick lately, but because I haven’t had a chance to fix up the pictures of the recipes I’ve been tinkering with, I decided to take a moment to evaluate those goals I posted.

First off, you can track my Cooking Bucket List progress on the new tab up there on my blog’s menu bar! This makes it a little easier for me to add items to the list and cross them off as I make them…I’m already making good progress!

Now…onto the fitness side of things.

the squirrels have been AGGRESSIVE in the park this week!

How have I been doing? 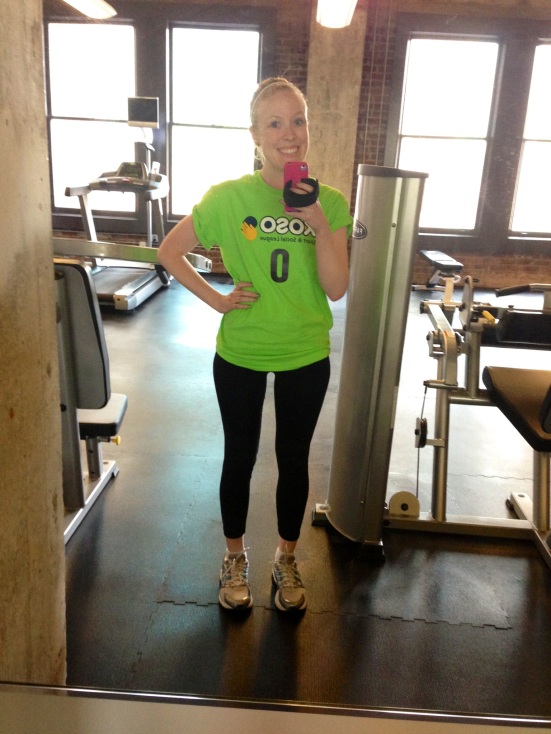 my dodgeball team is lime green this season. jealous? {sidenote: this was a day i ran inside on a treadmill to avoid allergies. let’s just say the “after” picture wasn’t pretty}

Some of you may have seen on Instagram that I signed up for one THIS Saturday! I have run 3 miles twice this month, am feeling good health-wise, and most importantly, found a friend who wants to run it with me 🙂

I’m planning on doing one last run today, probably with a goal time (30 minutes) rather than distance. Then dodgeball tomorrow, and perhaps an easy elliptical/ab workout on Friday? I’m afraid it’s going to be a difficult race and I don’t want to injure myself, but I can’t help but think that’s just my inner worry wart kicking in. I’ve been running 2.2-3.0 miles for 2 years now, with a couple of off months here and there. As long as I don’t push myself too hard (my friend runs faster than I do) I’ll be fine! I’ve been running really slowly lately for some reason, so I’m hoping for a time of 30 minutes or less. I’m sure I’ll be able to manage it! 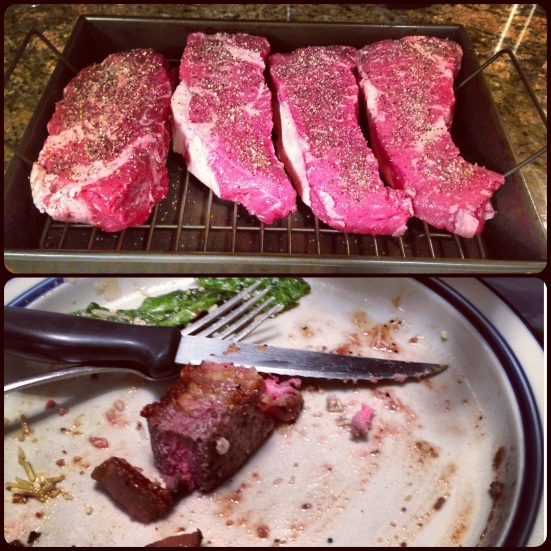 steak at T-Man’s mom’s house this weekend. the ultimate protein.

I’ve been doing so-so. I have been weight training more when I go to the gym (mostly upper body), but that usually only happens once per week.

I have been keeping my protein up! I have averaged 50g or more 3 out of the last 4 weeks, and there hasn’t been a day that I’ve gone under the 43g recommended for non-exercise days! You’re supposed to hit up to 70g on days that you’re active, but I usually only get to around 60g on my workout days. This is just on days that I track what I eat (which tend to be Monday-Friday).

T-Man thinks I could gain a pound or two; I’m happy where I am. However, I’d like to think it’s an improvement that now I say things to him like “I need to eat more protein tonight!” instead of “I can’t have dessert, I already ate too much today”.

Of course in an ideal world, I wouldn’t be saying either thing. I wouldn’t be tracking my food at all; I’d eat without being so conscious of everything, and not be deficient in anything. But I’m trying to maintain my weight. So far I’ve had success – PLUS, I’m not having nearly as many digestive issues as I had at the end of last year. 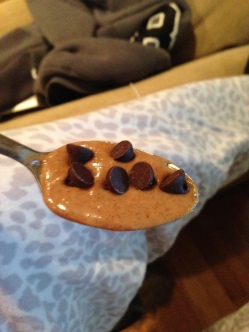 PFFT. I’m currently at 2-1 minute planks, but I’ve got a ways to go before I inch up to 2 minutes!

Last month, I ran 11.5 miles…nowhere near 25! But after essentially taking December and January off, it was my highest in months. 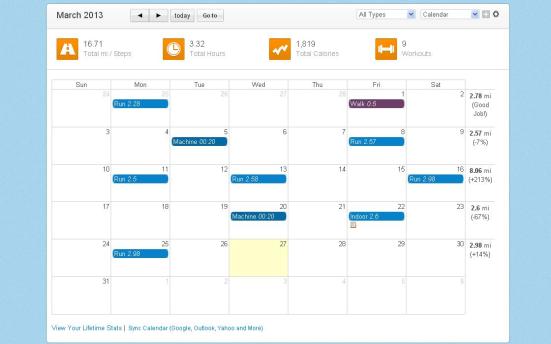 Until this month! If you include the 5K on Friday, I’m on track to run about 20 miles this month, plus whatever I end up running later today. Not too shabby! Especially since there were only two weeks that I got more than one run in (this week and the week of the 11th). Blasted sickness.

Thanks if you read all of this! I sometimes wonder if anyone else finds this stuff interesting, but it’s super helpful for me to keep track of everything!

Any tips for my first 5K?

Have you ever noticed that your diet is lacking in a certain category?